The Courts at Elvins Street ~ a short history 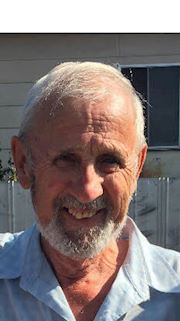 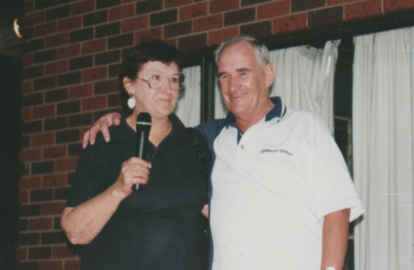 Why the new blue court?

The project initially grew in response to the need to provide a safe area with a rebound wall for children to practice.

Past committees discussed the safety concerns, style, location and funding options were sought to pay for the wall. A range of grant applications were submitted. A good wall wouldn’t be cheap despite the offers of “I can build it myself for a song” a compliant construction was required.

Sport and Rec Victoria was interested in supporting the project and came to Mansfield to discuss with us how best to apply for their grant. We had initially been knocked back but would not give up. Tennis Australia would subsidise if Hot Shots courts and programs were part of the new development. A half court idea for the strong base to the wall could include both.

Club member architectural engineer Guy Taylor redrew the plans for the vision.  Discussions with the Shire Engineer led to a new location for the full size court with Hot Shot markings to go with the wall. Geo testing was completed for the new site. Our car park would be relocated. Local businesses High Country Tree Services, Lima South Quarries and Alpine Civil supported the redevelopment with discounted tree removal, gravel and earthworks; new entry and exit points were created in Curia Street.

MTA contributed funds and labour, along with the shire, and worked together with the contractor, IDWALA, to manage the project in line with the plans. The All-Ages Development Area was officially opened on April 2, 2019 by Mansfield Mayor Harry Westendorp and Tennis Victoria recognised the service of 5 MTA volunteers who had pursued the project over several years and given time to other club activities in a surprise presentation.

Benefits of the blue hardcourt

The full court is available to all, non-members and tourists without key or payment. The surface provides variation to mod grass, developing an ability to play on multiple surfaces. The all-weather surface dries out quicker than mod grass and is an area for throw down lines for other sports. Personal trainers can take groups or individuals and under lights and one court can be lit not multiples. It is another usable activity space for all schools within a walking distance.

The Rebound Wall provides an area to personally and individually improve all skills required in all aspects of tennis at any given time, either individually or within a group.  It is a warmup area for before competition starts or while waiting to play.

It gives consistency for repetitive strokes, removes the need for hitting against clubhouse and in the car park area, and increases fitness, agility, and co-ordination as well as better ball control.

Targets and other markings for focus in various other sports and reflex activities can be used and the wall can be used by all standards – incapacitated, beginners, average skill level, competent and professional.

Primary schools can use them for programs and increase development for all phases of childhood. They are a pathway to senior tennis, a coaching area, and a way to support membership.

Fully fenced and not locked court

The court is accessible and available to all ages, groups, non- members, and visitors to the town at any time of the day as our other courts are locked. It is a safe and secure area separate from the car park and near the club house facilities - toilets, playground, and kitchen.

The fully sized court provides disability access on a surface suitable for wheelchairs and better than our existing mod grass courts.  It offers a safe physical space for the visually impaired, the deaf and those with autism or cerebral palsy to undertake any movement activity.