For all the latest club news head over to our facebook page by clicking the below;

The Kendall Tennis Club aims to promote tennis along with providing the community with a facility and programs that promote social inclusion, health and well being.

Kendall is a small country town located on the Mid North Coast , 35kms south of Port Macquarie. The town’s population is approximately 1,100. The town is 2km off the highway at Kew. The original Kendall Tennis Club  is situated just over the railway line to your right, as you enter the town area and is still used on a weekly basis.  This facility currently has three synthetic grass courts with clubhouse.

The club has a new facility being built in Orara Street. There is 3  hardcourts, 1 synthetic grass court and 2 individually fenced mini Hot Shot Courts . Our centre court has seating for over 100. The new clubhouse has a commercial kitchen, Pro-shop, office, Memorabilia, clubrooms, amenities and carpark.  The new facility land has the potential for another 4 courts and 2 mini courts.

The club has over 350 members annually and has one of the largest  junior program (110 juniors across 5 grades) on the North Coast which is played on Fridays. There are 3 qualified coaches. Night competition is played 3 nights a week with several social tennis mornings.

The club is solely run by volunteers and won Tennis NSW Country Club of the year 2004 and Tennis Australia Most Outstanding Community Tennis Club 2010.

The club has it own ballsquad with some members part of the NSW Ballsquad which services the Sydney International. In the past we have had junior members in the Australian Ballsquad and Davis Cup ballsquads. Our club is also the Northern regional training centre for ballkids in the NSW Ballsquad.

We also participate in Hot Shots demonstration on centre court at Sydney International each year.

The club finished first two years running (2014 & 2015) in Tennis Australia’s AOBlitz competition with Rafa Nadal & Novak Djokovic playing for the town during the Australian Open.  With Novak winning in 2015 the Australian Open trophies visited Kendall for the opening of the new centre in the August.  Kendall continued to enter the AOBlitz competition with Andy Murray playing for the town in 2016 and Caroline Wozniacki in 2017.  Only town in Australia to have 4 world No.1 play for their town.

The club assisted previous Australian No.1 Wheelchair Tennis player Janel Manns in gaining her ranking and her selection to the London Paralympics Games. Manns played in our able body competition.

The club also runs a youth group,  hires the venue and caters for functions.

The club is proud of it many accolades and awards: 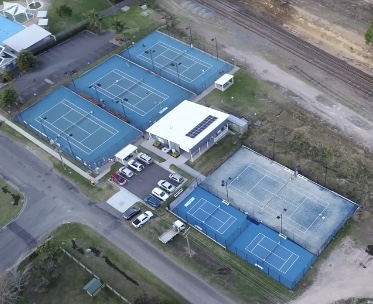 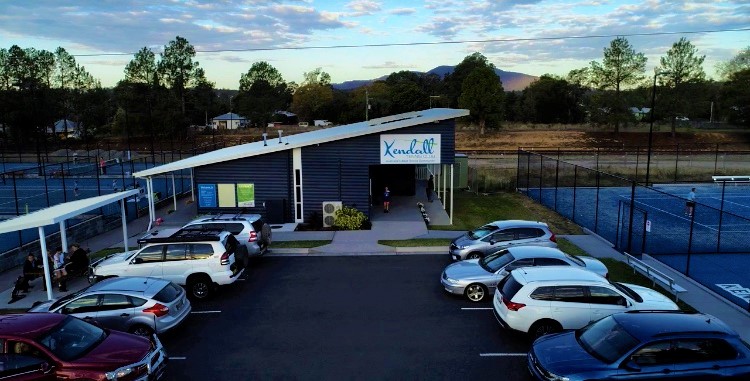