SENIORS TOURNAMENT IS BACK IN OCTOBER 2022

Preparations are underway to conduct our annual Seniors Tournament from Friday 14th to Monday 17th October.

BOOK A COURT NEW TO MERIMBULA

The Tennis Australia Book a Court online booking system enables visitors & members to book court 1 between 8am & 7pm with their mobile phone or tablet and pay the $20 per hour fee via their credit card (Note club members book at the NIL rate if they are registered in the membership system). Visitors may also book courts during business hours at Sports Power, Shop 4-5/36 Market Lane, Merimbula.

A group of 9 Bairnsdale players made their 25th Annual visit to Merimbula on May 7th to play the regular social match. The four pairs played each other in the usual social atmosphere. Merimbula again too strong at 14 set to 2 but that did not deter from the social event.

Merimbula players travelled to Cooma on March 26th for a return visit for their inter-district match.

Cooma provided a light lunchen for the 1pm start.

The men played one singles and three doubles while the ladies played four doubles.

Dennis & Bob defeated James & Reins 6-4 in what was regarded as a very tight doubles match, Reins bounced back to win his second & fourth doubles. The final doubles sets saw Merimbula win 4 sets to 2.

Merimbula ladies proved way too strong again for Cooma and only conceded one doubles on the day.

All players enjoyed the days tennis and agreed that the next match should be in Merimbula on October 29th.

A team of four men and four ladies travelled from Cooma to start a 1pm.

The men played one singles and three doubles while the ladies played four doubles.

Players then returned to the courts for their third and fourth sets.

Merimbula were too strong on the day winning all but two sets but the good spirited, friendly match was enjoyed by all players.

A return match to Cooma is scheduled for March 26th 2022.

Merimbula Tennis Club Inc was established in the 1970’s on the current site and has 7 synthetic grass courts with excellent lighting and a outstanding clubhouse with balcony views. Merimbula Tennis Club aims to promote tennis along with providing the community with a safe, and fun environment.

Several social groups play through the week and competition tennis is available on Thursday nights.

Head Coach James Poso is available for lessons and has a fully stocked pro shop. 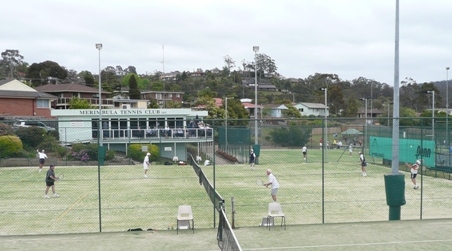 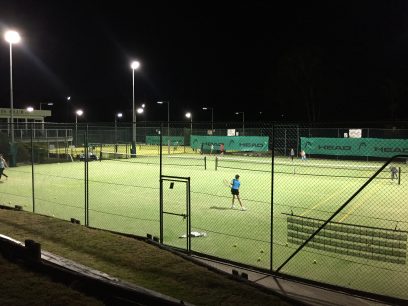 Fanastic club with a great atmosphere!