🎾 Join us to play junior and senior, mid week ladies and mens as well as social tennis.

🎾 Our club is also home to Waverley Tennis and hosts many tournaments and carnivals along with Junior Pennant and district grand finals.

🎾 The club is a buzz when these events are on with a full canteen and bar facilities.

The club, formed in 1972, began with 4 clay courts (present day courts 3, 4, 5 and 6) and a new club house. Competition teams were entered in Dandenong and District Tennis Association in Junior, Senior and Mid Week Ladies sections.

Netball courts and a clubhouse were to the north, fronting Frawley Road.

The club was quite successful in the early years: a high membership, strong teams and an active social life. Mark Hall, Life Member, Coach and Club President, was a driving factor in this period.

Later the netball courts were taken over and converted to 3 additional clay courts (Courts 7, 8 and 9) and the clubhouse and small second kitchen was retained as a shelter with tea making facilities.

The last courts to be built were current courts 1 and 2, and about the same time, the clubhouse was extended.

Over the last 10 years, the Tennis Centre has had a good working relationship with the City of Casey and the Centre can boast that all court surfaces are in top condition and are lit with modern ‘box’ lighting.

In 2014 the clubhouse has been extensively extended and refurbished including disability restroom, office/tournament box, refurbished kitchen and restrooms and increased storage area. 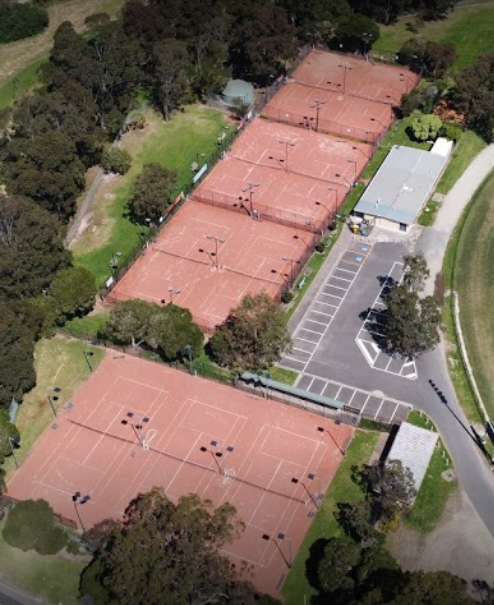