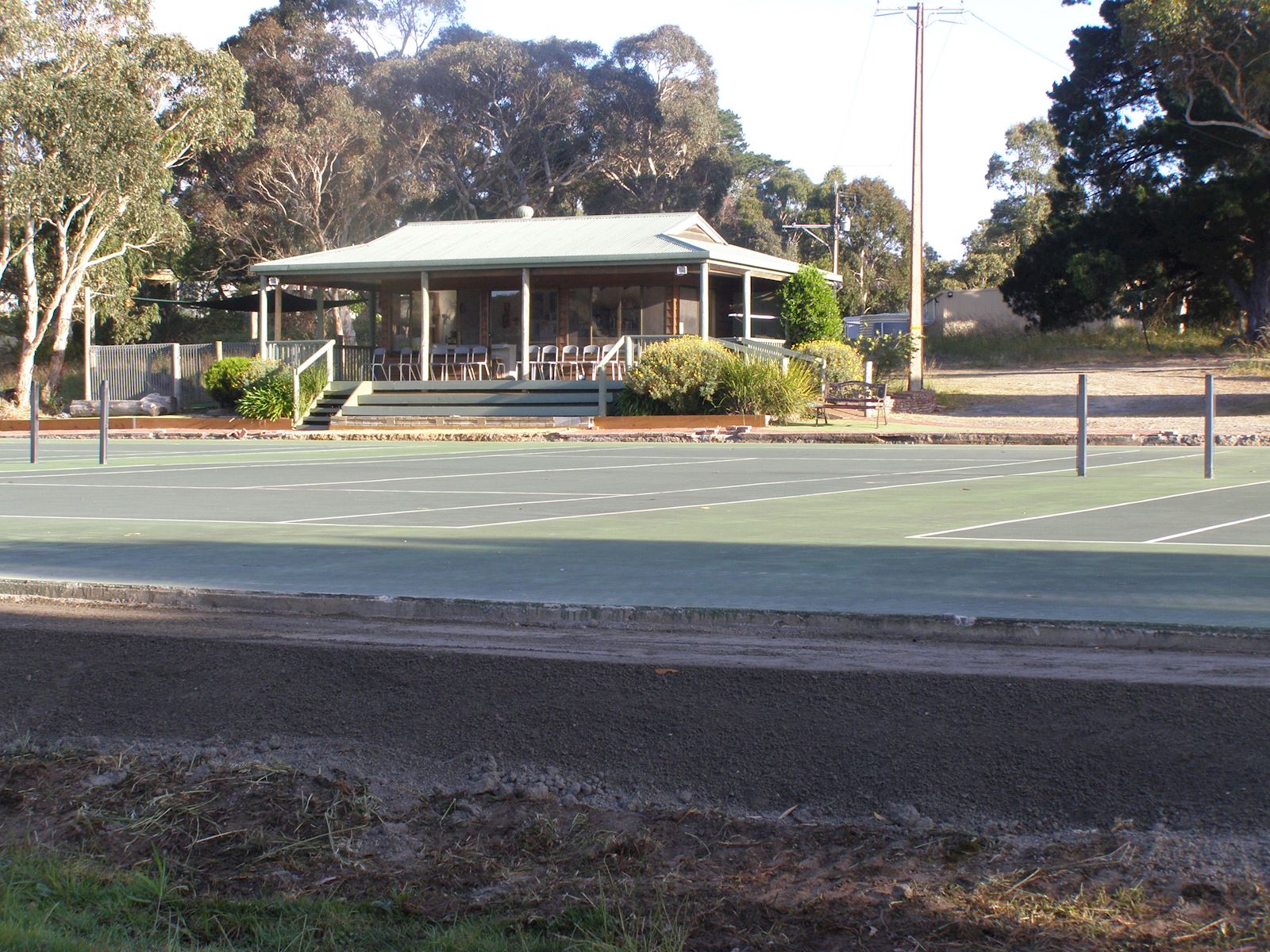 The courts were bituminised and opened on the 5th March 1949 by Mr. B . Brittain of Port Elliot.

The first Premiership which the Club won was in C Grade in 1960. After they won the Premiership they held a victory dinner at the “Avonmore” ( on the corner of Torrens Street and Cornhill Road at a cost  7 schillings ( 70 cents) per head for a four course meal.

In the 1973-74 season lack of interest caused the Junior team to be forfeited halfway through the season.

In 1974 the bitumen courts were starting to breakup and the Emoleum Company with the support of the Council was employed to resurface the three courts. The Company ignored the advice of the Club and drove their heavy trucks on the courts which caused ruts right across them making the playing surface almost unplayable.

The Club decided in 1978 to completely rebuild the courts with cement – the cost was approximately $2,200 – with voluntary labour and help from the Council three concrete courts were laid.

In 1986 the 4th court was laid – this time with Ready Mix concrete.

In 1993 modern Clubrooms replaced the old Club shed and were opened by Mrs. Joyce Millard.

The Club took until 1970 to play in it’s first A Grade Grand Final and again in 1971 it made the Grand Final only to lose both to Encounter Bay in a very close finish – the first A grade Premiership came many years later in 1990.

The courts were breaking up due to tree roots under the courts and completely re laid in 2010 and covered with Truflex  at an all up cost of over $100.000 making them the best in the Association. Since then the courts have been repainted and relined and the old wire has been replaced with new black wire around the perimeter of the courts.