Congratulations to our tournament champions! 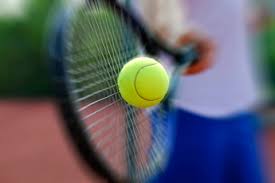 Congratulations to our tournament winners!

We had a wonderful weekend of tennis at Kwinana Tennis Club last weekend for our annual tournament. The weather was wonderful, and almost as hot as the tennis being played.

Both days were intense, with some great matches being played. It was also a lot of fun, and the club was bustling on Sunday with the senior mixed doubles round robin, the junior matches and the finals later on in the afternoon.

Here are our winners:

There was no runner-up in the round robin format.

Thank you to everyone who participated. It was a wonderful event.