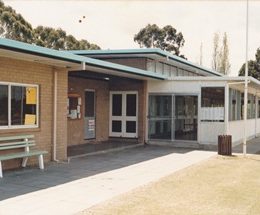 The Founder and first President of the Club was Mr Ron Hall. His objective was to provide the local community with a much needed tennis facility. With Council approval and acceptance, a public meeting was called at the Football Pavilion on 19th July, 1965. Approximately 60 ratepayers attended and Mr Ron Davies (MLA) and Mr J.J. Higgins (Councillor) were also present. A resolution to form a tennis club at Higgins Park was carried, and the first Committee Officials were elected. In recognition of his various local community contributions, the local council decided to honour Mr J. J. Higgins by naming the Club “HIGGINS PARK TENNIS CLUB”.

Since the Club’s inception, individual Members have received recognition for their services to the Club. A Life Member’s nomination is approved and recommended by the Management Committee. It is then put forward at the Annual General Meeting, at which time all Members vote on the nomination. To date, the following members have been honoured: